This isn’t the first time I’ve written about Spanish food. It won’t be the last. Last time it was Madrid, now it’s Sevilla.

Whilst Sevilla’s culinary scene isn’t as diverse as you would like, when it gets it right, it really gets it right.

In terms of fashion, art, culture and tradition, Sevilla is a surprisingly upscale city. The locals are extremely well-dressed, there are exhibition spaces and art galleries everywhere, and flamenco is still very much alive.

When it comes to food Sevilla is a traditionalist city. In the central areas near the Cathedral, the bullring and over the river in the Triana, most of the restaurants you’ll find are Spanish, tapas joints.

In most of these restaurants the quality of the food, be it the ubiquitous jamon iberico or oxtail soup, is excellent and the service is efficient and patient. Sevilla may not have a great quantity of options, but the quality is certainly there. 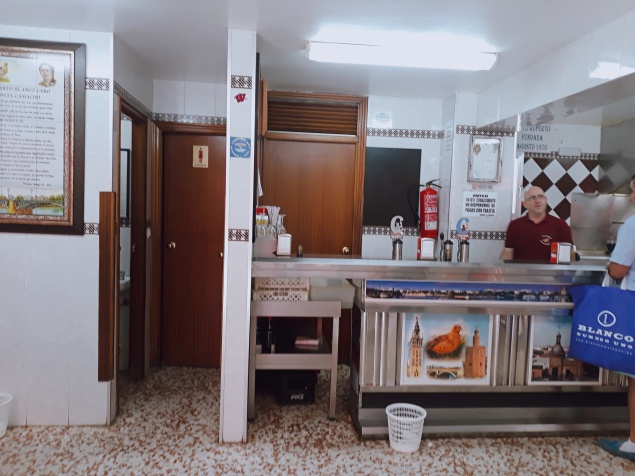 The aluminium swagger of Casa Ruperto. 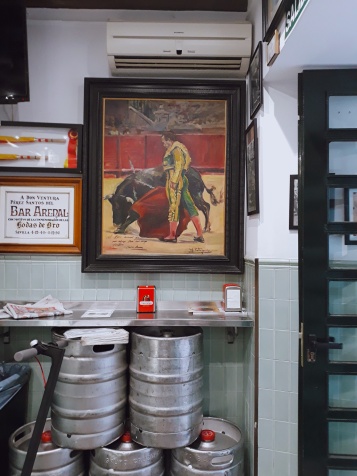 Home away from home, Casa Morales

It excels then in the old, long-established tapas bars that make tapas into an art-form. And when I say art-form, I don’t mean the high art of museums, but the popular arts of flamenco, naturally.

One highlight, and my regular go-to place, was Casa Morales. Located near the Cathedral, this old vermouth bar was an irresistible feast for the palate.

Its decor is old-fashioned. In the restaurant area you eat surrounded by old vermouth barrels, towering like giant amphorae. Like in most Spanish joints worth their salt, most of the diners eat standing up and there is a great din and noise. The waiters orbit you constantly and are always on hand when you want another glass of vermouth or another tapa. 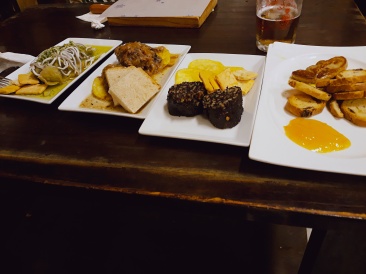 The orgiastic spread at Casa Morales. 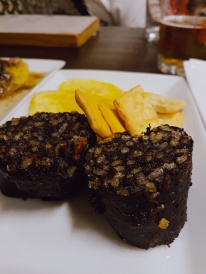 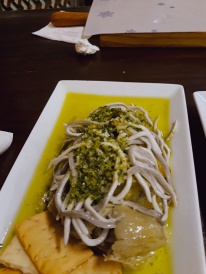 And speaking of the tapas: I’ve never seen such a rich spread! My favourite was the morcilla (blood sausage) served with quail egg. There were slow-cooked artichokes served with baby eels. Chorizo made from venison meat. Beautifully cooked foie-micuit. Pork-cheek stew. I could have eaten there every day and I almost did.

A similar yet even older place was El Rinconcillo. Founded in 1670 (when Malta was still ruled by the Knights and Italy didn’t even exist) it is the oldest restaurant in Sevilla and possibly all Spain.

And of course, pork-cheek stew

The decor and atmosphere is similar to Casa Morales’. The waiters look like they have worked their since the days of Franco. They knew their stuff and were all local.

The food was similarly old-fashioned but timelessly orgasmic. The Sevillan local dish of spinach and chickpeas was soft, warm and heartening, for saying its a vegetarian dish, one of the few in beautifully-carnivorous Spain! The fried whitebait were artistically presented; unlike the pork-cheek stew which looked like it was prepared by someone’s mother – and tasted just as good!

One of the best, most unique lunches we had was at Casa Ruperto, located in the Triana. It is an old aluminium bar opened in 1970 famous for serving deep-fried quail and snails. Not something you’d expect to eat in a modern, bustling city. But I’m glad we did. It felt like eating in a kazin, but one of the good ones. 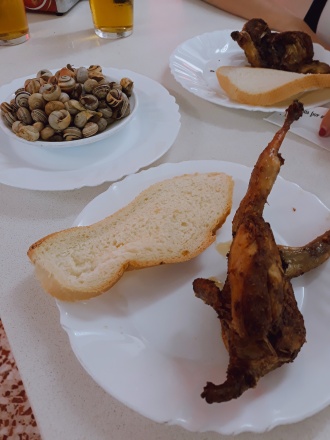 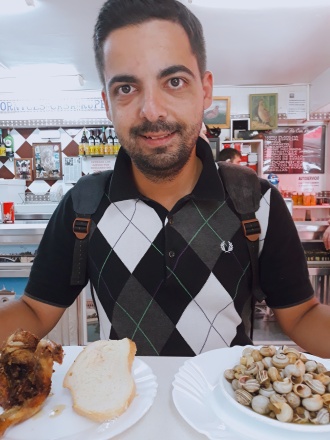 On our last days we lunched at a more modern tapas place. Ovejas Negras was opened in 2011 and is in the old Jewish quarter Barrio Santa Cruz. It was ridiculously busy. But the staff were used to it. People were queuing outside and the staff wrote down the people’s names on a blackboard to keep order and know who’s to be seated next.

The clientele and the staff here were younger. But it shows that even young Spaniards haven’t lost their addiction to tapas. I had foie-micuit and my wife a stir-fry with chicken and peppers. Other items on the menu mixed Spanish classics with Japanese ingredients. I could see why it was so damn busy.

The Spanish culinary philosophy of eating little and often is charming and addictive. But I am not used to it, still. And there were points in the week we spent in Sevilla where I thought: I want a proper, full-sized, sides-and-everything, meal.

And there are good restaurants to get that in Sevilla. On our first night we went to Oriza, a fine-dining restaurant not far from the Plaza de Espana. It is a beautifully designed and elegant restaurant, with big windows overlooking the verdant trees outside.

The infamous and all-over-Sevilla croquetas

My tagliatelle with scallops

My wife’s hake… and veg!

The food was equally elegant. I had a tagliatelle (pasta, thank god, I missed you) with scallops and my wife had hake, which came, rarely enough, with a side of vegetables.

The highlight of all the restaurants though had to be La Azotea. A busy, modern, well-catered restaurant that has three establishments all over the city. We went to the one right opposite our hotel.

We were first surprised and made to feel at home straight away by the staff. Our waitress spoke fluent English and guided us impeccably through the fresh fish menu – which reminded me of a fish market! For drinks I had negroni and my wife rebujito. Rebujito is an Andalucian drink – basically white wine with sprite. But here, at La Azotea, it’s not as cheap and pissy as it sounds. Trust me. 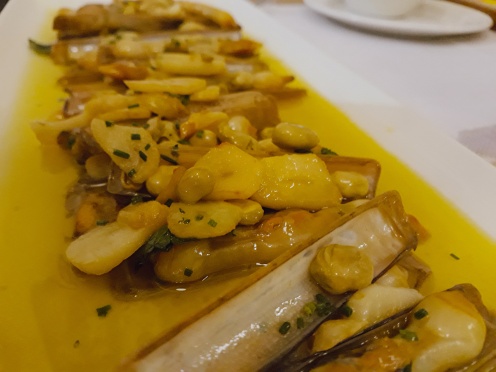 I had baby clams (with an olive-oil rich sauce that cried out for pasta!) and my wife had deep-fried rockfish. As a side we ordered acorn-fed jamon iberico and its deep-red colour was enough of a feast. La Azotea was the best dining experience I had in all of Sevilla and I think it can compete in any other major city.

It was so good we went there twice. We treated ourselves to a last dinner at La Azotea on our last night in Sevilla. And it was even better than the first time. This time I had razor clams and my wife rabbit ribs. All topped off with a massive sangria. What a way to end our stay in this hedonistic city!

Sevilla’s food is unpretentious but of top quality. It’s service is efficient, well-versed and well-entrenched in the cuisine. My best times in Sevilla – outside the bullring – came from trying out different foods and enjoying the bustle of the city.